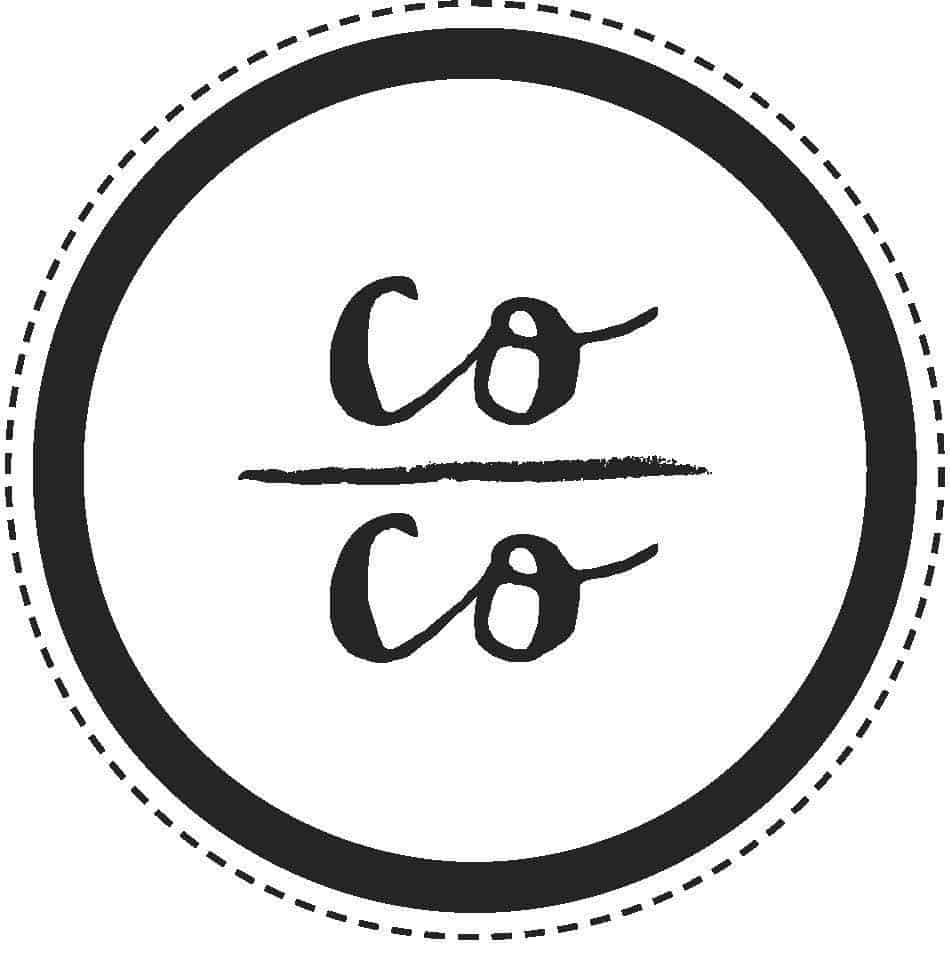 Good conversation isn’t hard to come by—it’s people that can be tricky. When you are fortunate enough to find someone of like mind, regardless of the situation, words will come with ease and abundance. We must be intentional about finding these relationships, as they don’t come by often, yet are essential to our growth.

As a writer and consultant in the creative industry, it’s easy for me to become removed. Much of my work requires an outside perspective and a good bit of reflection, which has the tendency to cause isolation and limit my ability to create better work.

That’s why I love Welcome Fellow. I’ve been a part of the community workspace and event venue since the day it opened, and each creative nomad, musician, entrepreneur, and daily visitor that enters through its door is always open to the ‘deep stuff’. The working atmosphere can be described as unique [to say the least] and each day comes with its fair share of memorable moments. The story of this particular Tuesday was no different. It went a little something like this…

7:00 a.m. It doesn’t matter what sparks the conversation, but today, it all started with R. Kelly.

To be specific, it was R. Kelly’s Grammy-nominated album Chocolate Factory whose seductive sounds mistakenly traveled through Welcome Fellow’s morning airspace, overpowering the whirr of the Burr coffee grinder; overshadowing the golden rays beaming through the east facing windows; overstepping the quota for R & B before coffee. [Hint: It’s zero.] The sound system’s radio app had been known to have the unfortunate tendency of going rogue; and yet, by way of the innuendo-laden lyrics of Robert Sylvester Kelly, quality conversation shined through, thanks to a guy named Jeremy. Jeremy Worley, co-founder of Welcome Fellow and owner of The Worley Co., is the kind of dude you want to ‘hitch your wagon’ to—driven, future-minded, and always down-to-earth. He’s half creative, half entrepreneur, and 100 percent neat-nick, always the first one to make sure things are organized.

The morning banter transitioned effortlessly from R & B’s mellow instrumentals to the best music for a morning jam session, political party systems to life as a creative independent versus the traditional form of provision. Each of these quality conversations awoke a new part of the mind. Of course, that could also have been attributed to quality caffeine that was being sipped from Hold Fast Coffee Co., whose bright flavor profile paired nicely with the equally bright personality that pulled the tasty espresso.

Enter Karen Mitchell—the overly energetic and always magnetic founder of Élan Photographie Studio and beloved co-worker at Welcome Fellow. She’s never short on big thoughts, strong opinion, or attractive style and height. Upon her dance-inspired entrance to the workspace, she willingly dove into debate on the value of international business and importance of a good stylist.

The postman stepped through the door with a package tucked under the tanned hide of his arm, which looked less Santa and more reindeer. Adam quickly tore open the package and pulled out a bubble-wrapped item that put a smile on his face as only one thing could—his new Seinfeld mug. Adam Morley, co-owner of Welcome Fellow and founder of Café Motique, is a motorcycle-riding, Tupperware-hoarding, Seinfeld-loving badass with a big moustache and a welcoming smile for everyone he sees. When he’s not curating vintage apparel, business consulting, or working on motorcycles, he’s likely planning the next big event or listening to someone share their story. Adam, alongside Jeremy and August Ortiz, are the 3 Welcome Fellow founders that guide its bright future.

The delivery was the morning high point as far as everyone was concerned, and each retreated to his or her desk, table, or comfy chair to hammer out the varying responsibilities of the day—from photo editing to web building, content creation to Ben’s colorful book illustrations.

Ben Lew is a man with just 6 letters to his name and infinite illustrative talent. He is the epitome of personal development and imagination in the Welcome Fellow workspace: a flip-flop-wearing, punk-rock-loving champion whose absence from the grand Seinfeld reveal was possibly the reason people were compelled to stay focused.

The people we surround ourselves with dictate what we will become. Iron sharpens iron. Welcome Fellow is a work and event space built for big thinkers, hard workers, and those willing to dive in. We don’t do “work friends” here—everyone has a personal stake in my heart. I know that I can trust them for ideas, guidance, and support, because they know me. They know my tendency to be hard on myself. They know the human-centered vision from which I act. They know how I can lose sight of the details. They know I’m just as ready to give advice on language as I am life choice, or that I feel deeply for people, yet view the world with a fair amount of distaste.

The workplace transforms into something incredible when you’re known.

The creative energy over the next few hours was spectacular. The “not R. Kelly” playlist was accompanied by hasty typing, outbursts of laughter, and an array of questions on creative concept, implementation, and one rare conversation explaining the purpose of a loom in a hidden room. Of course, the vaulted ceiling of Welcome Fellow could have also been the cause for such energy, as a little extra space allows those big ideas to grow even bigger. The minimalist design and interior styling naturally lend to creative endeavor, inviting the individual to help decorate the space with grand visions and colorful expression. The shift in musical selection signaled that the workday was coming to a close and that public hours had officially ended. The following hour and a half was a head-bumping, body-moving, power-through-the-rest-of-the-work-hours kind of vibe.

After responsibilities were met—and a fun-filled trip to Cowboy Star for some happy hour cocktails—the crew returned to Welcome Fellow, where 4 guys dressed in ripped jeans, low top vans, and eclectic t-shirts waited outside. These 4 mystery men had driven from Orange County by way of Salt Lake City in a big, yellow Chevrolet van that was hard to miss, especially if you were one of the 2 cars that tried to run them off the road upon entering the state of Colorado. Together, they formed Sounds of Satellites, the main band for Welcome Fellow’s evening concert—an energetic and angst-filled rock and roll group ready to tear things up.

With the help of the Welcome Fellow crew and band mates from Blind, the Thief, and Wearenotaglumlot, the transformation from workspace to event space was officially underway. Through some impressive Tetris-inspired stacking skills, furniture was quickly removed, and the kickass venue was complete, including stage lighting, sound equipment, and coffee bar turned donation-based beer cooler. Band merchandise was scattered across small tables by the front door and a strange tray-like carrier shaped to resemble a man in a swimming pool. One table featured a vintage Ninja Turtles bed sheet underneath the band’s albums and stickers—quite “fitting” for the occasion and likely a relic from one member’s childhood. The lead singer of Sounds of Satellites screamed into the microphone held with shaky grip, teeth bared and eyes shut, feeling every single syllable and violent strum of the guitar—the strength of the moment causing hairs to stand upright. Seconds later, he was calm and collected, voice singing clear and true, heart pouring out an honest story of faith, struggle, and life’s injustice.

Raw was the only way it could be described. Each member moving in chaotic unison to the sounds that echoed across the concrete and brick walls of the space, as if connected by 1 heart and mind. It was gravitational, the sincerity of lyric well balanced by outburst of instrument. The entire show was an authentic transition of rock-centered feeling, where each band helped weave the fabric of the night’s memorable display.

It’s a natural connection: creative work and music. It comes down to feeling, the heartfelt expression that guides both lyric and imaginative pursuit. The best creatives, while not often screaming into a microphone, have the ability to tap into the same level of feeling as musicians. If you look closely, you may even catch them clenching their eyes shut and moving to music silently playing through their headphones.

At Welcome Fellow, I have found my place alongside the creative nomads, musicians, entrepreneurs, and daily visitors. It has been a source of inspiration in my endeavors, a space for good conversation, and a catalyst for new friendships. Together, we sing a song of deep thought and deep feeling. Together, our efforts extend far beyond ourselves. Together, we are creating better work, shared ideas, and positive change.

11:26 p.m. The music had ended and the crowd said their goodbyes.

The Chesterfield couch was returned to its normal spot and the sound equipment was tucked away. The furniture was back in place and the cement floors had been neatly swept. Welcome Fellow was officially ready for the next day of creative endeavor and the only deep thing left…was sleep.

Welcome Fellow is a community workspace and event venue with private work hours, along with events featuring musicians, workshops, artists, and much more.

Editorial Team
The Editorial Team at Places.Travel is deeply invested in our communities and areas of expertise and bring the richest travel content to digital environments.
Share
Facebook
Twitter
Pinterest
WhatsApp
Previous articleWeek in Review: Traveler’s Edition
Next article6 Unique Spots to Visit in Aspen, Colorado