San Antonio is a city with a radiant atmosphere where the remains of an interesting past merge with the energy of an even more vibrant future. Situated in the heart of Texas, the city has definitely blossomed from its humble beginnings to a wealthy social culture, offering visitors many wonderful natural attractions. Twenty feet below street level lies one of San Antonio’s most prized attractions; the River Walk. Known as the Paseo del Rio, this all-natural waterway winds through the center of the city’s business district, bordered by a subtropical landscape of lush green plants, cypress trees, and flowers. Visitors, as well as locals, are attracted to this earthly paradise where European-style sidewalk cafes, classic shops, and elegant nightclubs are fronted by cobblestone paths. A variety of popular dishes can be ordered such as sizzling Texas steaks, Mexican cuisine, and French gourmet. 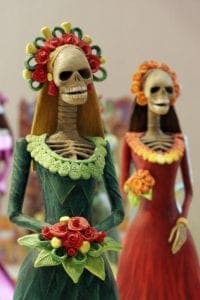 The neighborhood is dotted with a number of quaint stores offering shoppers with a variety of goods such that include hand embroidered clothing, Mexican arts and crafts and designer clothes. Visitors can enjoy dining onboard the open-air candlelit barges while cruising along the scenic waterway. With an average annual temperature of 68.8 degrees and 300 days of clear blue skies, makes San Antonio an ideal vacation getaway. Almost at any time of the year, the river is in the middle of a celebration, no matter if it’s the Texas Cavaliers River Parade during the April fiesta, the River Art Show in the fall, the Las Posadas during the Christmas season or the annual Great Country Music Festival. The Fiesta Noche del Rio is held every summer at the River Walk featuring outdoor performances in songs and dance of Mexico, Spain, Argentina and Texas. One of the reasons that make San Antonio so unique is its strong cultural heritage. A stroll along the banks of the San Antonio River will lead visitors to the village of La Villita, one of San Antonio’s first neighborhoods. Situated on the east bank of the river, this little village has been around for some 200 years. Walking along the old brick streets bring to mind the images of life back here in the early 1830s when Texas fought for independence. Today, La Villita is a National Historic Arts District and is listed on the National Register of Historic Places listings in Bexar County, Texas. Visitors can spend hours browsing through the numerous shops or watching artisans at work. The art district features paintings, sculptures, fabrics, pottery, jewelry, stained glass and folk art from around the region. Just a few of the items to be found in La Villita include fashions from Mexico and Guatemala, copper etchings, boots and straps, antiques and handcrafted dolls. Once back on the street level, visitors can catch an open-air wooden trolley or horse-drawn carriage for touring the downtown area. One of the main attractions in downtown is HemisFair Plaza, home of the 1968 World’s Fair. While touring the downtown area, be sure to visit the 750-foot Tower of the Americas. From the top of the observation deck or revolving restaurant, visitors can see a panoramic view of the city and surrounding area.  Not too far away is the Alamo, one of San Antonio’s most famous landmarks where over 180 men gave their lives for independence. When you walk through the gates of the Alamo, you can envision legendary figures such as Davy Crockett, Jim Bowie and William Travis fighting side by side. The site is where one of the most heroic and spectacular battles in history was fought. For an authentic Mexican experience, a visit to the city’s Historic Market Square – El Mercado is a must. The marketplace features arts and crafts shops, clothing boutiques, jewelry stores, restaurants and a farmer’s market. Enjoy the sound of traditional Mexican mariachi and other musical groups while dining on authentic Mexican cuisine. Enchiladas, tacos, tamales and tortillas are all made from scratch here and are world famous for their unique flavor. San Antonio has the diversity of many cities and the uniqueness of only one city. It is a truly charming city full of history and tradition, with a mixture of old and new.

Editorial Team
The Editorial Team at Places.Travel is deeply invested in our communities and areas of expertise and bring the richest travel content to digital environments.
Share
Facebook
Twitter
Pinterest
WhatsApp
Previous articleGateway to Yellowstone Park: An Outdoor Escape Away from it All
Next articleDog Days: Pet-Friendly Places in Sunny Florida