Brought to you by: Colorado Collective Miners seeking their riches not only packed their pick-axes to southern Colorado, but brought along their grapevines as well.

In 1890 Governor George A. Crawford planted 60 acres of grapes and fruit alongside Rapid Creek near Palisade in Mesa County. By 1910, Colorado was producing about 1 million pounds of grapes by an estimated 1,000 farmers. There were no true winemakers per se; the grapes were sold to locals who processed and fermented the fruit to share with family, friends, and neighbors.

In 1916, just as Colorado’s early settlers were perfecting wild game wine pairings, prohibition put the brakes on the state’s burgeoning winemaking industry. It wasn’t until some 50 years later that Colorado State University parlayed a grant from the United States government to plant test plots of vineyards in the now renowned Grand Valley area. Today, in the shadow of the Book Cliff Mountains, some of the state’s original wineries still exist. 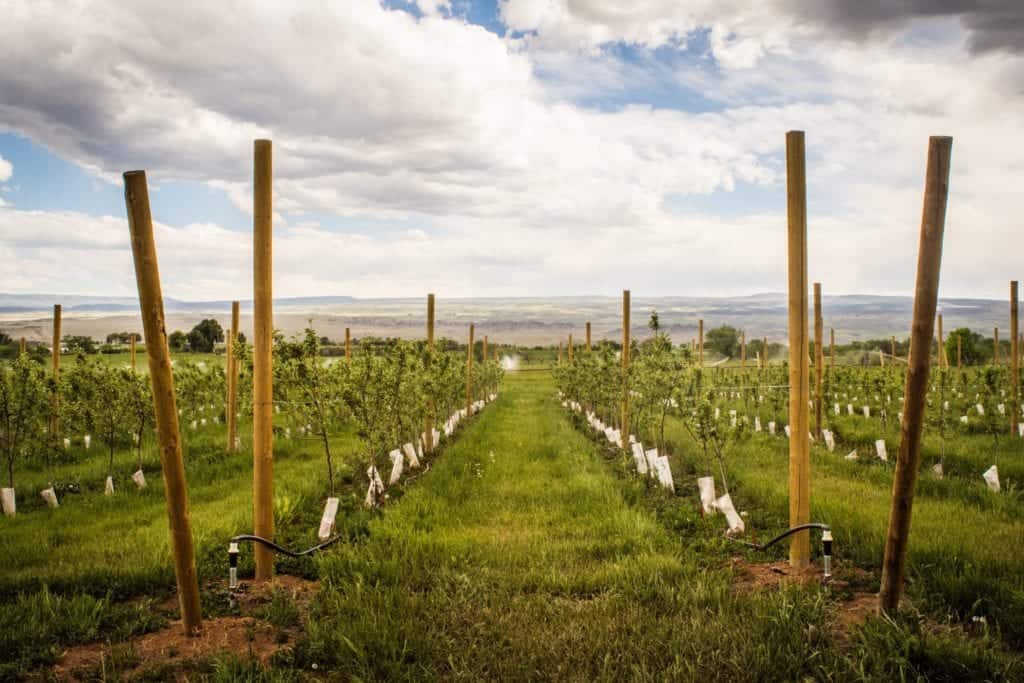 Despite the government bandwagon effect, there were still doubters and critics that maintained Colorado’s high altitude and often inhospitable climate could not produce a grape worth a swirl in the glass. Experts argued that the state’s terroir—a fancy French noun denoting geographic environmental conditions—could not sustain a respectable wine.

In reality, the reverse was true.

Take Alfred Eames Cellars in Paonia. For the past 25 years, their noble pinot grapes have flourished in the North Fork Valley’s rugged terrain. Owner, winemaker, and namesake, Alfred Eames, believes the challenging climate gives the grapes character. His 2010 Pinot Noir and Estate Pinot Noir are among the most respected red wines in the state. “The vines struggle in the cooler climate, but ultimately produce a very distinct flavor that’s different in the industry,” he explained.

At the other end of the agricultural spectrum, in the back alleys of Denver’s RiNo Art District, is the Infinite Monkey Theorem (IMT), an urban winery housed in a 15,0000 square foot warehouse. IMT takes its name from the pop culture hypothesis claiming that at any given time, monkeys randomly striking keys on a typewriter will ultimately bang out a copy of Hamlet. Or Shakespeare.

Or in this case, a nice bottle of wine. IMT has successfully coordinated the self-described chaotic variables of “importing” grapes from the Western Slope to produce such best-selling bottles as The Blind Watchmaker Red, Petite Sirah, and their fruity Riesling.

If you fly Frontier, chances are you’ve had IMT wine – as they are the provider for Frontier Airlines.

Looking for your next wine tour? Try Colorado.

This 16-Story Castle in Colorado is a Sight to Behold

Did we mention the fire-breathing dragon? Why travel abroad to visit storybook castles that housed famous (and infamous) royals...
Read more